I’ve been catching up a bit with what’s up in games.  Some day I will tell you about my knitted telephone @developconf.  But today I want to share what I most enjoyed from reading Derek Yu’s book on the making of Spelunky. 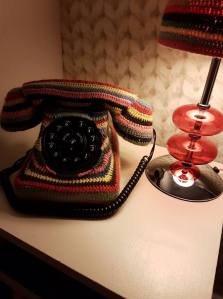 This is not what this article is about

Splelunky (the book) is the tale of how a small scale, free indie game (called Spelunky) ends up becoming a massive indie hit (also called Spelunky), distributed on Steam, PSA  and XBLA,  and selling over a million copies    I ran into the book via an en passant reference from Liz England on Twitter which pulled out a great quote to do with one of the challenges of games user research and user research in general – and life in general.

Really like this analogy for player feedback from the Spelunky book pic.twitter.com/JsNtFf9mOz

Yup!   People are generally pretty great at telling you when they aren’t happy, especially when you specifically give them a heads up that’s something you’re interested in hearing about.    But people are sometimes not as great at being able to attribute their unhappiness to its cause.

I think this point is a real gem.    On the basis of this  I thought the book might have other treasures in it too.

And…  it did.   The book is both easy to read and insightful.  It’s also funny and humble. I’d recommend it to anyone interested in game design.

The stories in the book aren’t recipes for success or straightforward morality tales.   Although the ending is happy,  you get the sense that despite trying to make the right choices at each progression towards publication – as we all do –  the ending might well have turned out differently.   And there is a  deeper lesson, too, when looked at as a whole.   Just as you’d expect from the author of a game which – pretty much just for the sheer mischievous joy of it – hides a deeply context-dependent eggplant.

Here are my favourite gems – starting with the one Liz England picked out.

People may know what they feel but not why

Like patients, players are often most in tune with how they feel about the problem rather than what is causing it.  Doctors and game developers, with their experience and knowledge of their fields, need to ask questions, perform tests, and eliminate possibilities in order to zero in on the correct solution.    p. 57

Users’ practice reveals the nature of a design

The next gem I found is not opaque enough to be a koan – but it is still pretty wise:

It was only after the audience entered the picture that I started to understand the reasoning behind my own designs. p. 59

I love this one.  Personally, I can’t imagine designing something and not being utterly passionately interested in how people actually use it.

There is a culture gap here.   There are many design discovery practices which – not unreasonably – talk about  all the useful insight generating things you can do ahead of actually building something, that can make the thing you build that much better.  (The Ideo field design toolkit – which I only recently discovered – is a handy resource here, even though it isn’t designed for games – and there are interesting reasons why there is an awkward stretch to map it to games, which is a story for another day).

But the practice of using real audience behaviour to understand how a design is working in practice is not so well established.   As the authors of Designing with Data point out,  taking real advantage of data from use is not always part of designers’ training.   In games, Numbers are often used measurement of the sufficiency – or insufficiency –  of the current design, rather than as source of insight into how the design operates.   For sure that can take the fun out of it.

True for games as well as just about everywhere else, this one.

We can’t have everything that we want all at once… We can’t know what to expect and also be surprised.  We can’t be free from frustration and also be challenged.  We can’t go unchallenged and also feel satisfied with our accomplishments.  Mystery, surprise, tension, challenge and a real sense of accomplishment always come at the cost of feeling uncomfortable.   p. 86

I think this tension between frustration and satisfaction is what game ‘balance’ is really about.   It isn’t fun to shoot fish in a barrel.    There needs to be a rhythm of ebb and flow between striving and accomplishment, and between exploration and the joy of discovery.

You gotta trust yourself (and your players)

It is not my intention to quote the whole book to you but the next gem follows directly after the one I just picked up.    But it’s a bit like finding great stones on a beach: it’s difficult to stop at just one. 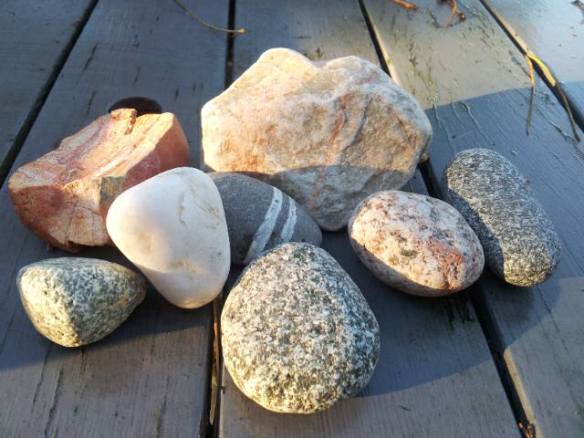 So, moving right along to the next sentence after the previous one I quoted:

The best games come out of a mutual respect between the creator and the player… the creator must trust in the curiousity and abilities of their players.  Continuously interrupting play to steer players with direct text message and other obvious hints not only infantalises them but it also reveals the creator’s insecurity in their ability to design games…The “joy of discovery” is one of the fundamental joys of play itself.  p. 86-87

Spelunky takes a kind of extreme stance on the question how much help a design should provide for onboarding:

Unfortunately, Spelunky’s core ideas defy explanation to new players, because the game’s indifference to them is so much of its appeal.   p.  102

As Sir Humphrey Appleby of Yes Minister  would say that – is a “courageous” decision. (And one that their Microsoft XBox producer tried to work with them to mitigate.)

It’s likely that this stance creates more casualties amongst the new user corps than a more gradual onramp.   But it’s also possible that those who persist end up being more committed.

I’d be interested to know the functions through which initial eventually successful effort is related to long term commitment.    As a psychologist, I could make up a number of different answers to this – but I’d prefer to ask the question and explain the answer after I know what it is.

The way Yu explains his design choices,  it sounds as though he was pretty happy for  the game to select for the type of users who valued the type of experience he wanted to provide for them:

With Spelunky, I was only willing to go so far to offer new players a hand.  Beyond that point, I felt like it would hurt the experience for players who were more eager for  challenge.  And when you have to choose between those two groups, it’s not a hard choice at all. p. 108

There is for sure a tension between providing assistance and pleasing those players who want challenge.   But it seems to me there are few different escape routes:

Yu realises – with hindsight – that they didn’t make it clear enough to prospective players what the game experience was supposed to be about, and they should have made the screen shot and demo promos more enticing and informative:

Spelunky’s screenshots, while packed with details, look mostly like a lot of rocks and dirt, while the interesting aspects of its randomization are hard to get across in even a few play sessions, let alone a non-interactive trailer.

Tough one, this.    How to communicate a mystery and keep it mysterious?   I think the strongest moral to be mined from this story is that creating draft marketing approaches should be a part of every product proposal.

I usually wonder about why designs have the difficulty progressions that they do.    Yu gives his thoughts on it here:

The more I play and create games, the less convinced I am that the difficulty of games should be thought of in terms of a linear or exponential ramp upwards where, as the player gets stronger, you need to make the opposition increase proportionally in strength….[there is] something futile and perhaps nihilistic about endlessly cranking a single knob that goes from easy to hard.  Rather I believe it makes more sense to think about difficulty in terms of the game’s overall pacing.   Difficulty should ebb and flow, and make room for other aspects of play. p. 178

If you draw a comparison to pacing and tension in narrative, it is easy to see that establishing a rhythm – and, at times,  violating it-  is potentially a very strong design trope that resonates with how we experience meaning.    I haven’t heard anyone express this as clearly as Yu has.

What is the deeper lesson revealed by these gems?  The stories Yu tells are interesting because of the the motivations he reveals for making the design choices he makes.    He has a great eye for analysing and articulating what makes a design tick, and you get the sense that his heart is in the right place, always.   To me,  what is striking about Yu’s approach is his attention, at all times,  to viewing the design of the game through the lens of the player’s possible experience of it.    That is the real eggplant that is hidden in plain sight.