Natasha Schüll’s study of machine gambling, Addiction by Design, won a lot of prizes when it came out in 2013.  But it’s had nil splashback on digital games – which is curious.  Most games rely on the operation of chance – or at least unpredictability – in order to unfold.  So an understanding of how and why ‘pure’ chance entrances people would seem to be a truly handy thing to have in your back pocket.  “Know your ingredients” as Joy of Cooking would say.    (18 million copies and counting!)

But no.  There’s no quicker way to annoy your common or garden variety digital games person (designer or player) than to suggest that gambling and ‘real’ games share important design patterns.  If you are feeling brave and want to try it, I advise you to stand well back first.   (Unless, of course,  they’re into social casino – which is definitely a story for another day.)

There are other problems with using Schüll’s ethnography as a cookbook for supplying top recipes for ‘chance entrancement.   For one thing, her study  documents the detrimental effect that machine games have on some players.

For Schüll, this arises from a fundamental structural asymmetry between gamblers and the industry that supplies them:

“The relationship that exists between players and the industry is not so much a clash between two systems of value as it is an asymmetric interdependency between a system of value extraction that plays by the economic rules of the market, and a fleeting zone of non-value in which those rules are, for the player, suspended.” p. 72

Not only is the problem that the relationship is asymmetric, but, according to some researchers, the design of the games is such that

Many of the people who are the subjects of Schüll’s case studies have life histories of abuse, anxiety and rejection, and other very serious challenges.    The close focus provided by her enthographic lens leaves us none the wiser about whether her addicted subjects are typical.  Perhaps they experience a high baseline level of suffering which is relieved by the experience of gambling,  and this makes the experience more risky for them?  Less data about more people would help untangle this, of course – but that’s not the game she plays.

It is obvious that some players of machine slots become addicted.  Whether this has to do more with an individual’s predisposition to addiction, or more to do with an experience design which is intended, from the ground up, to create addiction in any player, is not entirely clear.  Common sense would suggest that both factors are important.

Whatever the answer, there’s the issue of whether it’s good to design things that some – but not all – people may have serious problems with.    You could apply a similar ethical question to the creation of cakes, or cocktails.  Or digital games – whether f2p or not.

But even putting moral qualms aside to prove,  in a low oven with a wet cloth over them, there is very different but equally difficult problem with using Schull as a cookbook: an utter lack specificity over mechanism.

She goes into a goodly amount of detail, and also has interesting insights about:

What you don’t get, is any deep insight into how the designers’ tricks – some of which are very tricky indeed – work to create the powerful and nihilistic phenomenal experiences she documents.   It’s like showing separate pictures of two gears, without showing how they engage, except via a hand wave at ‘math farms’ and ‘random reinforcement schedules’.

So, like any interesting piece of work, her book creates more questions.

One thing that’s clear to me that machine slots are like Morris Minors.   The Morris Minor displays the high forehead and concentrated stereotypical ‘cute’ features of a baby.  This leads to a heightened response to take care of it.   No matter that they stopped production decades ago, and fall apart the moment you turn your back or slam the door.   They are still cute.   You still want to put money into them.

They act as a kind of super stimulus, abstracted and distilled from what you would expect to find in nature, producing a response which seems inappropriate, but may simply be the result of heuristics gone wrong, in contexts which supply powerful but misleading cues.

The plot line of machine slot inputs and outcomes probably performs a similar similitude function to real world features – although what the feature detection hierarchy is that is responsible for their power has yet to be fully explained. 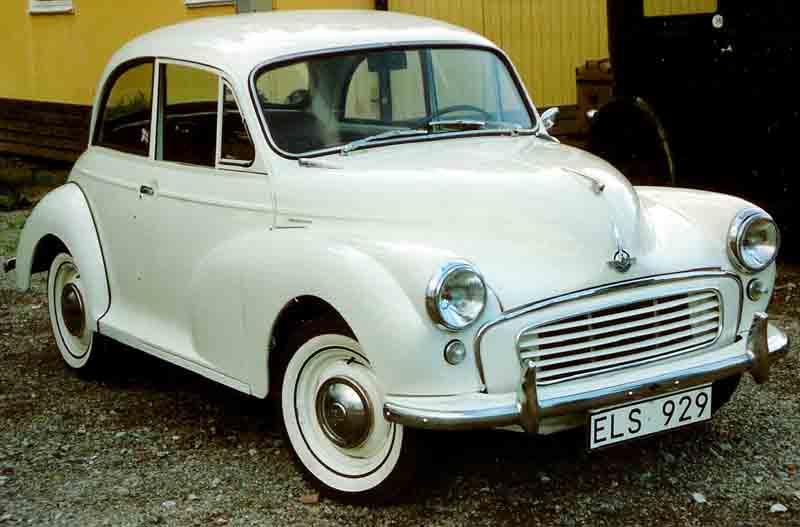